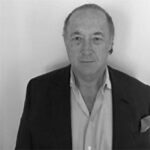 Charles Morgan is a resources and technology venture capitalist who has identified emerging sectors and acquired early stage and strategic positions in a wide range of ventures around the globe. He has a proven track record in identifying early stage commercial opportunities and acting as a corporate catalyst, acquiring strategic assets and positions, partnering with regional and technology experts, securing teams of appropriate executives and funds to build and develop projects and companies. He has a number of successful exits to his name.

Charles is involved in investing in various businesses and start-ups in the UK and San Francisco including Neuro‐Bio Ltd (discoverer of cause and potential drugs for Alzheimer’s, Parkinson’s and Motor Neurone Disease), TGMatrix (shipper and transport matching engine), Brytlyt (GPU based data base analytics), PensionBee (gathering people’s various pensions into one), Teamable (social media based employment) and Headnote (de‐chequing legal firms in the US).

Charles started his career in futures broking in London with M.L. Doxford & Co and left to join merchant bank Morgan Grenfell Limited in Sydney, Australia before moving to broking with ANZ McCaughan Dyson Limited in Melbourne and London. He then joined BZW Securities Limited in London before going back to Australia to form Morgan McFarlane a licensed securities dealer which raised equity funds for mining and oil exploration companies. 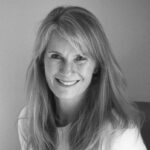 Melissa Sturgess holds a BSc and an MBA and has more than 20 years of experience as a director of UK and Australian Stock Exchange quoted companies, in the roles of Chair, CEO and non-executive director.  She has also chaired listed company audit committees and served on remuneration and corporate governance committees.

Melissa’s interest in the cannabis sector commenced with a trip to Israel in 2017 to review the medicinal cannabis research in that country. She subsequently co-founded UK based, AQSE quoted Ananda Developments Plc.  Ananda holds a licence from the Home Office to grow medical cannabis in the UK for research and is currently conducting field trials on various cultivars and undertaking a genetic breeding programme, ahead of applying for commercial licences.  Melissa was the recipient of the Executive of the Year at the Malta Cannabiz Awards in November 2019. She is a committee member of the Cannabis Industry Council and Co-Chair of its Research Working Group.

Melissa commenced her listed company career as a member of the Executive Committee of Aquarius Platinum Limited, the most successful Australian/UK dual listed company and a miner of platinum in South Africa and Zimbabwe.  She was also founding director of Sylvania Resources Limited and a number of other companies operating in the metals and mining sector throughout Africa and listed on the AIM Market in London.  During her career Melissa has raised significant amounts of capital and in 2017 she spearheaded the structuring and £50m financing for the acquisition of a building materials business in the Channel Islands. She is also a non-executive director of Lexington Gold Limited, an AIM quoted gold exploration company. 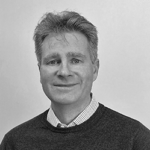 Stuart, in his role as CEO of JEPCO, has considerable horticultural experience and direct experience of Cannabis cultivation and has been the driving force for many of the leading agricultural initiatives and successes of JEPCO and its associated companies.  From a standing start in July 2014, Stuart Piccaver led the team that proved a concept to grow natural season cannabinoids in the UK, lowering the cost of production by 78 per cent. The project grew 5 hectares in polytunnels (the same method used by Ananda in its growing) to fully assess and master the dynamics of UK production. The project proved its feasibility and created a growing blueprint for a highly scalable production technique. 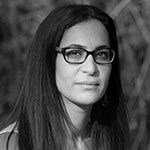 Inbar Maymon-Pomeranchik is a Scientist and Biotech investment consultant expert, specializing in Life Science, Biotech, Ag-Tech with a particular expertise in the global medical cannabis industry.  She holds a PhD in plant sciences molecular biology from the Hebrew University of Jerusalem and a multi-disciplinary post-doctorate from the Weizmann Institute, combining drug biochemistry with plant science. Inbar brings more than 15 years of experience in molecular & genetic research as an R&D researcher and project leader in the Biotech industry in large, small and start-up technology corporates. 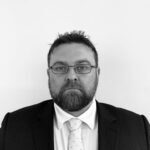 Mr Treacy is an experienced London-based small cap financier who specialises in working with growing companies. He qualified as a solicitor in the London office of a major international law firm where he specialised in Capital Markets and Mergers & Acquisitions. From there he moved on to practice corporate finance in the advisory teams of several prominent UK brokerages where he acted as an adviser to a number of AIM companies and advised on numerous IPOs, acquisitions, debt restructurings and placings.

This website uses cookies to improve your experience while you navigate through the website. Out of these, the cookies that are categorized as necessary are stored on your browser as they are essential for the working of basic functionalities of the website. We also use third-party cookies that help us analyze and understand how you use this website. These cookies will be stored in your browser only with your consent. You also have the option to opt-out of these cookies. But opting out of some of these cookies may affect your browsing experience.
Necessary Always Enabled
Necessary cookies are absolutely essential for the website to function properly. These cookies ensure basic functionalities and security features of the website, anonymously.
Functional
Functional cookies help to perform certain functionalities like sharing the content of the website on social media platforms, collect feedbacks, and other third-party features.
Performance
Performance cookies are used to understand and analyze the key performance indexes of the website which helps in delivering a better user experience for the visitors.
Analytics
Analytical cookies are used to understand how visitors interact with the website. These cookies help provide information on metrics the number of visitors, bounce rate, traffic source, etc.
Advertisement
Advertisement cookies are used to provide visitors with relevant ads and marketing campaigns. These cookies track visitors across websites and collect information to provide customized ads.
Others
Other uncategorized cookies are those that are being analyzed and have not been classified into a category as yet.
SAVE & ACCEPT